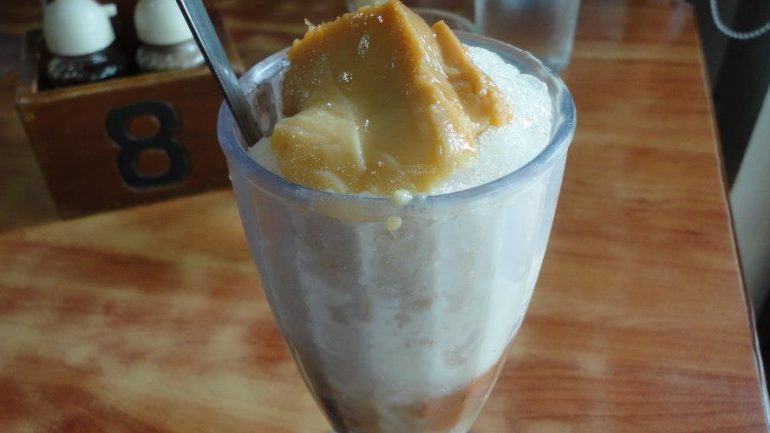 Filipino Food: The Next Big Thing That Was There All Along

If you pay attention to food celebrities like Anthony Bourdain, or Tom Colicchio, or Andrew Zimmer you’ve probably heard that Filipino food is the Next Big Thing. It’s been the topic of conversation from the smallest blogs to the pages of the New York Times and the Washington Post. As someone who grew up with these salty and sour flavors gracing my kitchen and dinner tables since childhood I’ve loved reading the deluge of coverage of Maharlika in New York, and the traveling Kultura food festival (in Chicago this weekend!) Each new article brings with it the sweet taste of vindication. And yet, when I read and watch coverage of this blossoming new food trend food journalists inevitably ask each burgeoning Filipino chef, “What has taken Filipino food so long to be recognized?”

And this is where I nearly lose it.

Filipino food is not a new thing. It’s not this new food trend that sprang, fully formed, from the head of the gods of the New York restaurant scene in 2012. Filipino cooks have been putting in honest work across the country for literally decades. I don’t mean at dinner tables, or as staff meal at someone else’s Asian Fusion restaurant. I mean Filipino immigrant families were serving Filipino immigrant food to their communities long before foodies decided to care at all. On a five block stretch of 1st Avenue, just blocks away from where Maharlika sits today, three Filipino restaurants did business before the financial collapse that shuttered so many restaurants in 2009 – and that’s not to mention all of the restaurants in Queens that never missed a beat.

I grew up with a number of Filipino grocery stores in Cleveland, Ohio that were serving cooked Filipino food to anyone curious enough to walk in – and this was back in the 90s. San Francisco, Los Angeles, Las Vegas, and Chicago have all had their share of Filipino restaurants for decades before any food journalist decided to care about them. Only showcasing these young entrepreneurs – and acting like they are pioneers of a Brave New World – erases the decades of hard work that countless families have been continuously putting in since before Indian food and Thai food became college dorm staples.

I don’t hold a grudge against this new, innovative style of Filipino cooking, and I’m not bemoaning the attention that Maharlika’s group is getting. I think it’s an absolute luxury to have Nicole Ponseca as the de facto spokesperson for the cuisine. She’s brilliant and speaks with eloquence, passion, and painstaking attention to detail when she is interviewed every time any writer anywhere wants to do a story about Filipino food. I have loved Makarlika since it was a pop-up serving Filipino takes on American classics like their delicious Eggs Imelda – Eggs Florentine served with pandesal and laing instead of an English muffin and spinach. I look forward to Kultura every year, and stalk Chicago’s “Filipino Inspired” Oxtail pop-up wherever it goes. It just sticks in my craw how Filipino food had to get cheffy and unaccented for the wider food world to care.


Indian food was popular long before New York’s Desi got its Michelin star. The success of Thai food and Mexican food in the take-out hearts of the country was driven by mom-and-pop restaurants whose owners still sent money to families back home. Why, then, is the success of Filipino food based on foodie blog-love (I swear to god, people, stop putting pork belly in your sisig) and fear-factor balut challenges?

I think Filipino chefs and restaurateurs have shown an incredible amount of patience when asked this question of, “What took you so long?” I often see them contort their way through a maze of answers pointing the finger at the odd confluence of influences, the readiness of the populace to assimilate, and the willingness to adopt to American lifestyles. Really, though the only answer to that question is another question.

“What took you all so long to notice?”